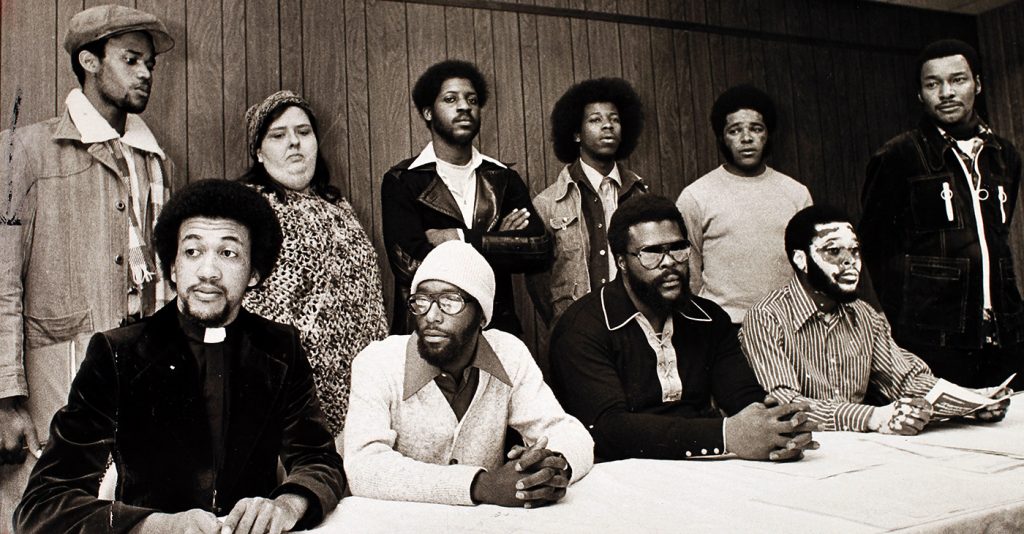 On Feb. 6, during an uncharacteristically frigid night for a southern city like Wilmington, a bomb was set off in the popular neighborhood grocery. As police and firefighters arrived on the scene, gun fire could be heard above the siren squeals and activity. Sniper fire, which was intended for the Wilmington Ten’s members, struck a police officer. Police eventually arrested the ten activists.

However, Wilmington’s past paints a picture of a much different city.

While things may be different in today’s Wilmington. It was not that long ago that Wilmington, like too many other southern cities, still condoned the region’s ugly racist culture and practices.

More than a century after America’s Civil War had ended, on Feb. 1, 1971, a young minister named Benjamin Franklin Chavis, Jr., arrived in the city.

Chavis, a disciple of Rev. Dr. Martin Luther King Jr., helped students organize a more effective boycott, targeted against White high school administrators who were resisting the desegregation of their schools and classrooms and who also refused demands to honor Dr. King, who was assassinated just three years earlier.

One year after King’s murder, the city had just three high schools. Two of them, New Hanover and Hoggard were all-White, and the third, Williston Industrial High School, was reserved for the city’s Black high schoolers. Williston was a source of community pride and was ranked among the best high schools in North Carolina — Black or White.

Following federally mandated school desegregation in 1969, local administrators changed the status of Williston Industrial High School from a high school to a junior high school. Williston’s Black students and teachers would be reassigned to New Hanover and Hoggard.

However, when they arrived at their new schools, African Americans endured name-calling, racially motivated physical attacks and other threats. Incidents of rioting and arson, in protest of the decision to integrate, occurred almost daily.

In response to tensions, members of a Ku Klux Klan chapter and other white supremacist groups began patrolling the streets. They hung an effigy of the White superintendent of the schools and cut his phone lines. Street violence broke out between them and Black men who were Viet Nam veterans. Students attempted to boycott the high schools in January of 1971.

Chavis and a group that became known as the Wilmington Ten, argued for Black history courses, respect for King and all Black people and equality.

Tensions continued to mount, with the Ku Klux Klan and other White supremacists firebombing buildings and shooting at Black students.

One incident in particular would become a defining event in this period of Wilmington’s history: The firebombing of Mike’s Grocery Store, a White-owned business in the heart of Wilmington’s Black community.

On Feb. 6, during an uncharacteristically frigid night for a southern city like Wilmington, the popular neighborhood grocery was firebombed. As police and firefighters arrived on the scene, gun fire could be heard above the siren squeals and activity.

Firefighters responding to the fire, alleged that they were shot at from the roof of the nearby Gregory Congregational Church. Chavis and several students had been meeting at the church. Sniper fire, which was intended for the Wilmington Ten’s members, struck a police officer.

As the gun fire continued, one of the Wilmington Ten, Marvin “Chilly” Patrick, was shot as he placed himself between the source of the sniper’s fire and Chavis, successfully preventing Chavis from being shot.

According to the February 1971 edition of “This Month in North Carolina History — The Wiliminton Ten,” the North Carolina governor called up the North Carolina National Guard, whose forces entered the church on February 8 and found it empty. The violence resulted in two deaths, six injuries, and more than $500,000 (equivalent to $3.2 million in 2019) in property damage.

Chavis and nine others, eight young Black males, who were high school students, and white female anti-poverty worker, were arrested on charges of arson related to the grocery fire. Based on testimony of three young Black men (who later recanted their testimony), they were tried and convicted in state court of arson and conspiracy in connection with the firebombing of Mike’s Grocery.

At trial, all ten defendants were provided defense counsel by the United Church of Christ Commission for Racial Justice. However, it was later established that the prosecutors conspired against the defendants by paying witnesses to falsely identify Chavis and the other Wilmington Ten members — who were the actual targets of the White supremacists’ sniper’s fire — as arsonists, and for the subsequent assault on law enforcement officers.

Additionally, chief prosecutor Jay Stroud feigned sickness following jury selection when it became apparent that ten African Americans would be seated on the jury, leading to a mistrial. A second trial, whose jury included only two African Americans, resulted in a guilty verdict for all ten defendants.

With sentences that ranged from 15 years to 34 years, Chavis, Patrick, and the eight others were ordered to serve a combined 282 years in prison.

In 1977, Amnesty International cited the Wilmington Ten case as the first official case of political prisoners in the United States. Within a year, the London-based human-rights group declared that the Wilmington Ten were “prisoners of conscience who were not arrested for the crimes for which they were charged, but because of their political work.”

“Soon the charge was repeated and amplified by the American Ambassador to the United Nations, Andrew Young, who contended in an interview with a French newspaper that the United States harbored ‘hundreds, perhaps thousands’ of political prisoners,” The Times reported. Young added, “The Wilmington Ten, for example, are innocent.”

“Mr. Young later apologized for the remark about hundreds or thousands of political prisoners, but he still says, privately, that the charges against the Ten were ‘trumped up,’’’ noted the Times.

Timothy Tyson, a North Carolina historian and visiting professor at Duke University, told CNN he was given the Wilmington Ten prosecutor’s handwritten notes before 2012 when the National Newspaper Publishers Association (NNPA), United Church of Christ and NAACP called again for pardons of innocence for the Wilmington Ten.

Prior to this, the publisher of the Wilmington Journal, Mary Alice Thatch, had petitioned the NNPA to launch a national campaign for a pardon of innocence for the Wilmington Ten.

He said the names of at least six potential jurors had “KKK Good!!” written next to them. Next to a woman’s name, it said, “NO, she associates with Negroes.”

On the back of the legal pad, the chief prosecutor, Jay Stroud, had written the advantages and disadvantages of a mistrial, Tyson said. One of the advantages was a fresh start with a new jury.

In 2012, 40 years after they were unjustly convicted, North Carolina Gov. Beverly Perdue officially pardoned the Wilmington 10.

“These convictions were tainted by naked racism and represent an ugly stain on North Carolina’s criminal justice system that cannot be allowed to stand any longer,” Gov. Perdue said at the time. “Justice demands that this stain finally be removed.”

You may have missed

4 Tips To A Growing Career Managing Money Against The Odds

5 months ago AZInewspaper
Get Weekly Issue